Axiostat prevents loss of blood by providing an active mechanical barrier to the bleeding site. Axiostat is effective with patients on blood thinners.

Axiostat, a revolutionary medical dressing, is a sterile, haemostatic dressing intended to swiftly stop uncontrolled bleeding and prevent heavy loss of blood by providing an active mechanical barrier to the bleeding site.

Axiostat is a requisite in surgical procedures and is a supplement to haemostasis when conventional procedures to control bleeding are ineffective.

Many cardiac patients are at high risk of uncontrolled bleeding because of the blood thinner/anti-coagulant that is administered before the catheterization procedures. The vascular variant of Axiostat is effective on such patients at the time of removing sheath and controls femoral and arterial bleeding during vascular procedures.

Axiostat is based on the principle of mucoadhesion and charge-based adhesion. Axiostat, based on Protonated Bioadhesive Technology (PBT), has designed to be polycationic in nature while blood cells are anionic in nature. When Axiostat is applied on the affected site with pressure, the charge-based adhesion leads to the formation of a strong platelet plug that serves as a barrier to the surgical site, preventing blood from leaking out

Mechanism: Mucoadhesion due to charge 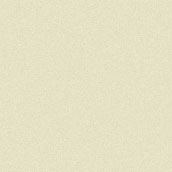 How To Use – Surgical

How To Use – Vascular